A NEW SERIES IN TOWN

People love series. They love to watch the World Series, read the Harry Potter series, and binge on the Friends television series. Now there is a new series in town. Get ready for the Delaware registered series!

In 1996, Delaware allowed for the creation of a series LLC, a unique form of limited liability company in which the articles of formation specifically allow for unlimited segregation of membership interests, assets, and operations into independent series. Other states soon followed by passing their own series LLC legislation. To date, seventeen states have enacted series LLC legislation, four additional states acknowledge series LLCs but do not offer the liability shield, and at least three states have introduced series LLC legislation for consideration this year. In 2017, the Uniform Law Commission approved the Uniform Protected Series Act in an attempt to provide consistency across the states, and most recently, the Delaware Limited Liability Company Act was amended to address certain limitations in connection with their existing series LLC statute. 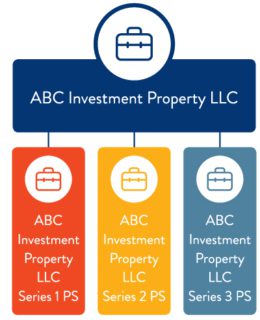 Series LLCs offer a method of liability segregation without the cost and upkeep of forming multiple LLCs. Instead, they permit a single LLC to be formed with the designation that it will allow for series to be created within the limited liability company agreement. Thereafter, each individual series will operate like a separate entity with a unique name, bank account, and separate books and records. Each series within the LLC may enter into contracts, sue or be sued, and hold title to real and personal property, and the assets owned by each series are shielded from the risk of liability of the other series within the same series LLC.

Series LLCs may not be as exciting as the World Series, or as entertaining as Harry Potter and Friends, but they are gaining in popularity and are expected to continue to increase in number.