A Closer Look With…

Home > A Closer Look With… 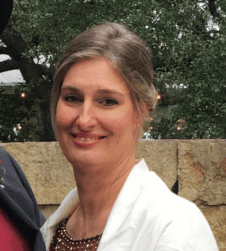 What’s the longest you’ve ever waited in line for something? What was it?
George Strait tickets.

What is standing between you and your biggest dream?
Money.

If you owned a restaurant, what type of food would you serve?
Burgers.

What band would you love to tour with and be a roadie for?
George Strait’s Ace in the Hole Band.

What makes you feel restored and refreshed?
Dr Pepper.

What is priceless to you?
My family.

What one thing in particular makes you feel good about yourself?
Keeping my house clean.

What’s your favorite place to just hang out?
At the lake or beach.

Would you travel to space if given the opportunity?
No, thank you.

The quickest way to make you crazy is…
Sitting in traffic.

What embarrasses you instantly?
My kids sometimes.

What or who do you sympathize with?
My family. 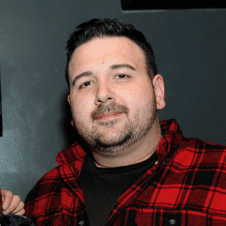 What’s the longest you’ve ever waited in line for something? What was it?
When I was 7 years old I waited for 4 and a half hours to see Beethoven 2. The movie was okay, the dog never really played the piano.

What is standing between you and your biggest dream?
Just myself really; my biggest dream would be to tour the country telling jokes to strangers. But I’ve never stuck with it long enough to get anywhere.

If you owned a restaurant, what type of food would you serve?
Pub food for sure; wings, burgers, chicken fingers, eggrolls with weird fillings, maybe allow people to bring in their own salads if they insist. It’s the only atmosphere I ever feel comfortable in. Just the sight of a tablecloth makes me feel like I’m not supposed to be there.

What band would you love to tour with and be a roadie for?
I’m not a huge fan of their music, but I would have to think touring with Mötley Crüe back in the ’80s would have had its moments.

What do you think should require a mental health check before people are allowed to do?
Take part in reality shows. If they pass a mental health check, get them off the air. Who wants to see a well-adjusted person trying to find love or fame? A genuinely nice and polite person’s restaurant is failing and they are not going to yell back at Chef Ramsay? No thanks. Not for me.

What is one place you’d never be seen?
NBA All-Star Game, I’m just not tall enough.

Have you ever witnessed a crime in progress? If so, what kind of crime?
I was the victim of a theft recently. My dog Homer was in our backyard crying and digging at the fence line to see he new best friend, a 6-month-old female Corgi named Scout. Apparently he dug a small hole just big enough for her to stick her head under the fence and start licking Homer’s face. They both stole my heart.

The seed that was planted four decades ago in Austin, Texas has grown. We have friendly customer service representatives from New York to California, all intent on delivering personalized service to every client, every day.

Capitol Services, we believe success is built upon having the best interests of both our clients and employees in mind. Our culture is deeply rooted in values that promote teamwork to achieve exceptional personal service.

“Our Mission is to provide friendly, efficient and cost-effective service to our clients amid a relaxed atmosphere that encourages a balanced work-life experience for our employees.”